The Carnaval de Limón is similar to the same named event in Rio de Janeiro, Brazil, but Costa Rica’s version of Carnaval is no less intense despite being a little smaller.

Rio definitely gets packed, and is possibly one of the largest parties in the world. Limón, Costa Rica, may not see the excessive numbers of people that hit the streets in Brazil, but it still throws one amazing party on the Caribbean Coast. The regalia of dancers and paraders is beautiful, and the colors are nothing if not loud. The experience is a vivid and explosive display of energy and the pure life.

Carnaval first came to Costa Rica in 1949 when Alfred Hosiah Henry Smith, who was known as “Alfred King” or “Mister King” locally, brought the event to the city of Limon for the first time. Alfred was a major social activist in the community among many other things. He cut hair in a barber shop near the Black Star Line in Limón, Costa Rica, and he helped with several social initiatives in the area of Limón including the Black Universal Improvement Association and the vastly popular Carnaval event.

Carnaval takes place over a period of almost two weeks, and has brought headliners such as Damian Marley, El Gran Combo de Puerto Rico and Eddy Herrera to play the end of the festival conert at Parque Vargas. There are also food stands that set up shop along the streets in Limón, and you can head out with the ostentatiously robed dancers or head to a stand for a bite to eat. Caribbean food from Costa Rica is often a mix of influences from African, Chinese, Mestizo and indigenous people, and it is definitely worth giving a try.

The Carnaval in Costa Rica takes place around the date of October 12th, because it is when Columbus landed in the Americas. The celebration finds some roots in Columbus day, but it extends to more than that. It is often called a celebration of cultures which there is a large variety of in Limón. 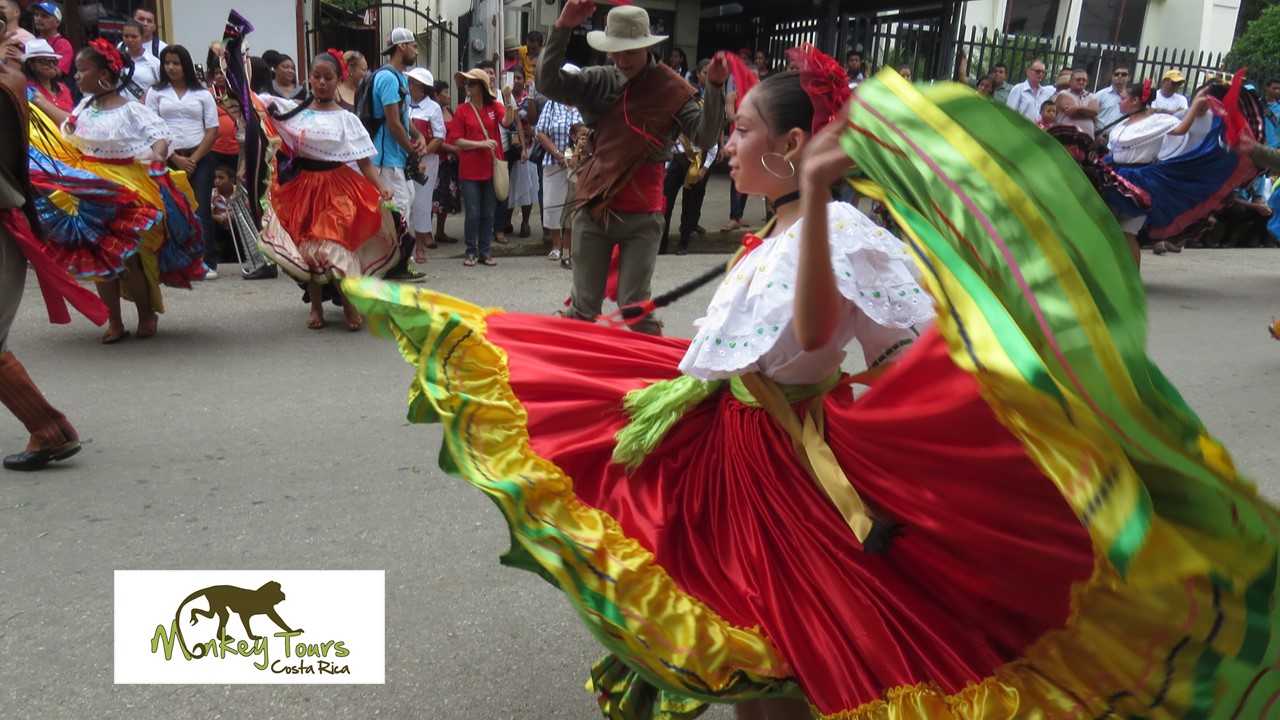