Every 15th of September, the small yet ecologically jam packed country of Costa Rica celebrates its independence day with parades and other festivities. 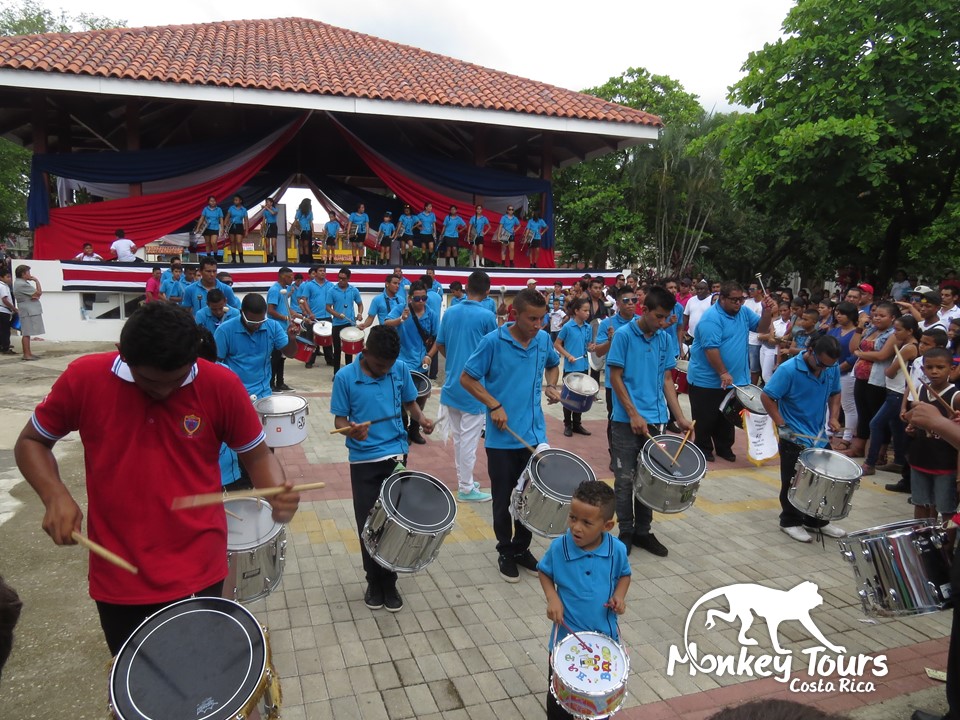 Performers Provide the Instrumentation for the Independence Day Parade

The Celebrations in San Jose

If you happen to pass the central downtown area of San Jose on September 15th, you will see marching bands, dancers in traditional costumes and children dressed to the nines strutting their stuff with mom and dad. Costa Rica’s Independence Day celebrations spans the downtown area from Avenida Tres for about ten to twenty city blocks. The streets are blocked off, and prepared for the big show.

The Celebrations around the Country

The other cities, towns and provinces celebrate the 15th of September, also. Most of the celebrations are similar to the ones held at downtown San Jose, but some might include a Tope where horses dance in the street in the more rural areas. Others could incorporate different kinds of music based on the area. For instance, if you are in Limon, you might hear music that has more Caribbean roots, but you are likely to hear a different kind of sound in Guanacaste Province reflective of the more agrarian and cowboy lifestyles.

Costa Rica doesn’t celebrate alone on this day. Pretty much the entire group of Central American countries celebrates independence on the 15th. Independence from Spain occurred on the 15th of September in 1821 after the final battle of the Mexican War of Independence. The Costa Rican constitution was signed later on October 29th in the Capitol of Costa Rica at the time; Cartago, and the first elections took place in December of the same year.

For a time, Costa Rica was under the banner of the First Mexican Empire, and later it was a member of the United Provinces of Central America. Costa Rica then formally declared sovereignty in 1847.

The National Anthem is broadcast across radio, TV and loudspeakers (in some cases) at 6:00 pm throughout Costa Rica, and the entire country regularly sings along in a show of unity. After the anthem comes to a close, the parade of lanterns, known as “faroles,” begins. Children in the traditional garb take to the streets to carry the faroles, and to perform typical dances while fireworks take to the sky.