10 Spots off the Beaten Path in Costa Rica

A lot of the well-worn in tourist destinations in Costa Rica are easy to find. The places on this list are the hidden gems where you won’t be swamped by floods of visitors. 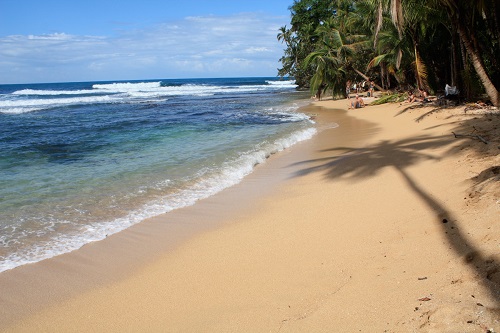 The Caribbean Coast has a completely different feel from the Pacific, and in the town of Manzanillo you can get in touch with that Afro-caribbean rhythm. From the point of Manzanillo you can see all the way down the coast to Playa Cocles and Puerto Viejo, and the pristine waters are a great place to layout in the sun, go snorkeling or try your hand at kite surfing.

The Gandoca Manzanillo National Wildlife Refuge is right there as well, and animals such as the Keel-billed Toucan and the Green, Olive Ridley and Leatherback Sea Turtle nest there. The trip up the road from Puerto Viejo is lined with guest houses, bed and breakfasts and hotels making it easy to find a good spot to get in a few winks. 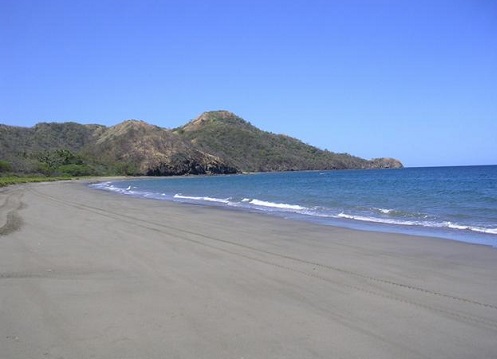 A pretty great surf beach when the Northern swell comes in.

This sleepy fishing village on the tip of the Osa Peninsula is not just a hop skip and a jump away. It isn´t the easiest of places to get to, but you may just want to stay once you get there. Its backyard is the Corcovado National Park which has been named by National Geographic magazine as one of the most biologically intense places on the planet.

The fishing expeditions that head out from Matapalo are not like the chartered sports fishing vessels that you’ll find in some of the heavily trafficked beach towns on the Pacific Coast. The local fisherman that will take you out are most likely descendants of a couple generations of fisherman who’ve been living in the area.

3. Montezuma on the Nicoya Peninsula 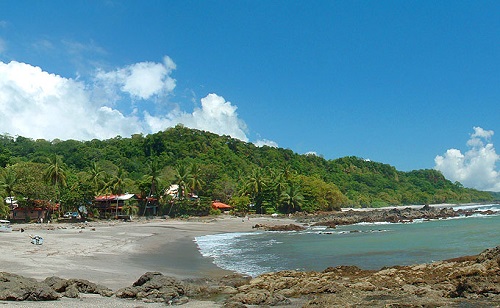 Montezuma is one of the oldest beach communities in Puntarenas, but its location makes it difficult to reach.

The beach town of Montezuma has a 1960s vibe in a tropical setting, but you cannot make it to Montezuma on the road. From Jaco Beach, you will want to hop on a water taxi to reach this little slice of heaven. This beach town also has access to an 80 foot waterfall that has some fantastic swimming holes, and the nightlife in Montezuma comes with a strong reputation.

Beaches, rainforests and mountains all make up the topography of Piedras Blancas so stomping around the jungle, Scuba Diving in the Sweet Gulf or trying your hand at some rugged climbing are some of the many things you can find to do in Piedras Blancas National Park.

From the highest peak in Costa Rica, Cerro Chirripó, you can see to the Pacific and the Caribbean on a clear day. The march up to the top of this 3,820 meter peak is a workout for even seasoned hikers, but travelling between the five ecosystems of the Chirripo National Park to the top is well worth it.

Aside from Cerro Chirripó you can hit hot springs in the park or traverse the numerous trail networks that showcase a large diversity of flora and fauna.

Many of the locations on this list are here because they aren’t the easiest places to reach. Drake Bay is no exception. Once you reach the area near Drake Bay, you’ll need to take a boat taxi through the Terraba Sierpe National Wetlands to get to this bay named for explorer Francis Drake who travelled there in the 1600s.

Drake Bay has a wilderness resort for lodging, and there is plenty for adventure seekers to fill up their day(s) with here. Scuba, snorkeling, kayaking and many more are favorite activities of visitors to the bay. The ride up the Sierpe alone could fill your camera with enough pictures to max out an SD card.

La Marta Wildlife Refuge used to be an important stopping off point for the banana plantations of the Province of Límon, but something halted production in 1928. It could have been the onset of Panama Disease which swept banana plantations in the 1950s and eradicated the Big Mike banana in the area, but that is unsubstantiated. What is known is that La Marta is an exceptionally beautiful refuge in the Province of Cartago.

Waterfalls, hiking trails, stunning views and the wildlife are all on the list of wonderful things that you’ll find at La Marta. You can see for yourself on the 360° tour of the refuge here.

On the outskirts of the Province of Puntarenas, you’ll find this national park named for diatomaceous earth deposits which give many of the rock formations a chalky white appearance. Peñas Blancas National Park is best reached by 4×4, and you can be sure to have much (if not all) of the landscape to yourself. Hiking in Peñas Blancas is intermediate to advanced, so be sure to take a good pair of boots on your trip.

Peñas Blancas allows camping around the park, but you need to prepare accordingly. There are no onsite facilities, so breaking out the survivalist guide is something you might want to do.

For many, the name of the game in Costa Rica is bird watching, and that is just what you’ll find at San Gerardo de Dota. There are more than 200 species of birds that frequent the area including the Resplendent Quetzal, a few of the 12 species of hummingbirds found in Costa Rica, woodpeckers and tanagers to name a few.

San Gerardo is also part of the Rio Savegre river valley and the Talamanca Mountain Range which has been declared a UNESCO world heritage site.

Beginning and ending this list with locations in Límon was on purpose, because many of the locations on the Caribbean coast do not see as much traffic as those on the Pacific. This small village of about 400 residents is no exception to that rule, but Parismina, like so many places along the Caribbean Coast, is not without its charms.

One of the main focuses of this village on the Río Parismina is fishing both for the residents of the village and for incoming visitors. There are a handful of guesthouses, hotels and fishing lodges that take people up the river or out to sea. The beach is a long black sand beach where you can walk from the Parismina River point of entry as far south as you’d like.

Parismina is the kind of place that you’ll have to get to by boat or 4×4, so it is most definitely off the beaten path in every sense of the phrase. The laid back Caribbean culture, the exquisite natural scenery and getting far away from the mad rush should be reason enough to visit Parismina or any of the other spots on this list.

Top 21 things to do in Costa Rica