The Province of Guanacaste in Costa Rica

Guanacaste Province, Costa Rica, is home to such a large number of beaches and fantastic resorts that it would be a shame to miss this sanctum in the sun.

The province of Guanacaste has abundant life teeming on the beach, and many interesting spots inland, too. There is a vast array of surf spots, national parks, resort beaches and much more from the Gulf of Nicoya, The Nicoya Peninsula and the Pacific Coast to the border with Alajuela. Kite surfing is becoming a major attraction in the northwest corner of Guanacaste Province, Costa Rica. This area, known as Bahia Salinas (the Bay of Salinas), is developing with the kite surfing industry, as is the rest of province.

Guanacaste is the most sparsely populated of the provinces in Costa Rica, but it is also the largest in terms of government initiatives to develop for tourism. In the midst of all the development, there are still many protected areas. A number of the national parks extend from the land into the sea as a protection for the ocean life, also. Some of the national parks in Guanacaste are Camaronal National Wildlife Refuge from Punta Islita to beyond Playa Camaronal.

There is also a wide range of different kinds of beaches that can be found in the province of Guanacaste, Costa Rica. Beaches like Playa Samara, Tamarindo Beach, Playa Tambor and to some degree Azul Beach  are where you would be more likely to find resorts. Playa Coyote, on the other hand, is more of an off the beaten track location where you might find a few shops and cafes scattered along the ocean front. Although, Azul Beach could easily fall into the category of being a remote destination as well, it is inhabited by an exclusive resort. Many of the beaches in Guanacaste fall into one of the two categories of being either populated with many hotels and resorts or only a few hostels, guest houses, bars and restaurants.

Getting Around in Guanacaste

It is easy to get around in the province of Guanacaste with one international airport and three domestic airports. There are also several other transportation services in the area. Lodgings in Guanacaste range from the luxuriant to the quaint. Some of the area accommodations include Villas Playa Samara, Playas de Nosara, Westin Golf Resort & Spa and Hotel Punta Islita. 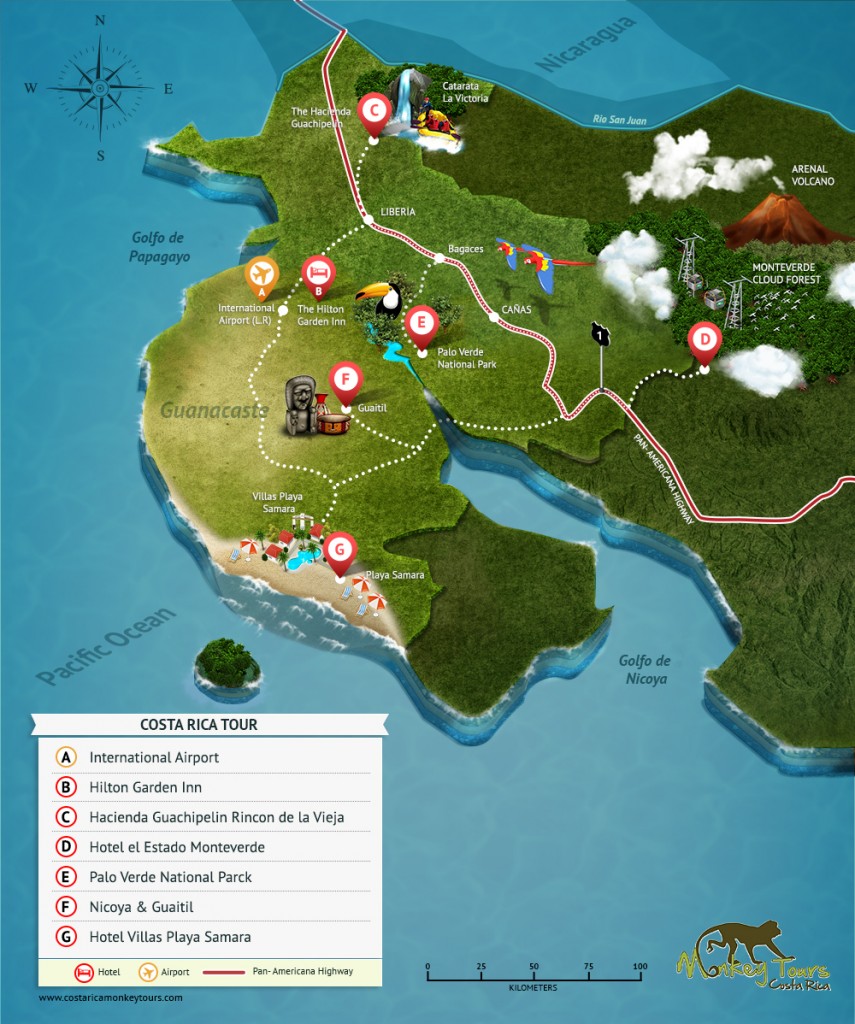