This oxcart festival called Dia del Boyero, or Day of the Ox Herders, is where the UNESCO world heritage recognized tradition of making decorative oxcarts is put on display.

The oxcart parade is a throwback to the agricultural heritage of Costa Rica. The skill of crafting individually decorated wooden wheeled oxcarts has fallen out of practice among many. With the advent of modern transportation, there are not as many trained artisans who know the craft or find interested parties to pass it on to. The act of making oxcarts was at one time a central feature of life in Costa Rica.

An oxcart is essentially the 18th century’s version of a pickup truck. The bed of the cart was used for wheeling coffee from the mountains into the cities, markets and ports of call to be shipped to parties interested in buying the ever important beans either abroad or in Costa Rica. The Parade of the Ox Herders is held in Escazú every second Sunday of March, and the old ways are once again touted for their much lauded significance in Costa Rica’s history.

The artisans left to craft oxcarts sometimes forgo the traditional wooden wheels for modern day tires, but many keep the original wheels made to help in dealing with the muddy trails and pathways that herders would have to traverse in the rainy season. The wooden wheels were made in such a way to be able to cut through the damp ground and not get stuck when it was important to get loads of coffee to the cities, markets or ports to be sold.

Dia del Boyero, which directly translates as day of the oxcart driver, often sees around 100 or so brightly painted oxcarts paraded through the streets of Escazú. The marimba is played, and different vendors prepare food that is often given to the herders. A few of the families that you will see at the festival still use oxen as a means to haul their crops, but it isn’t nearly as common as it used to be. 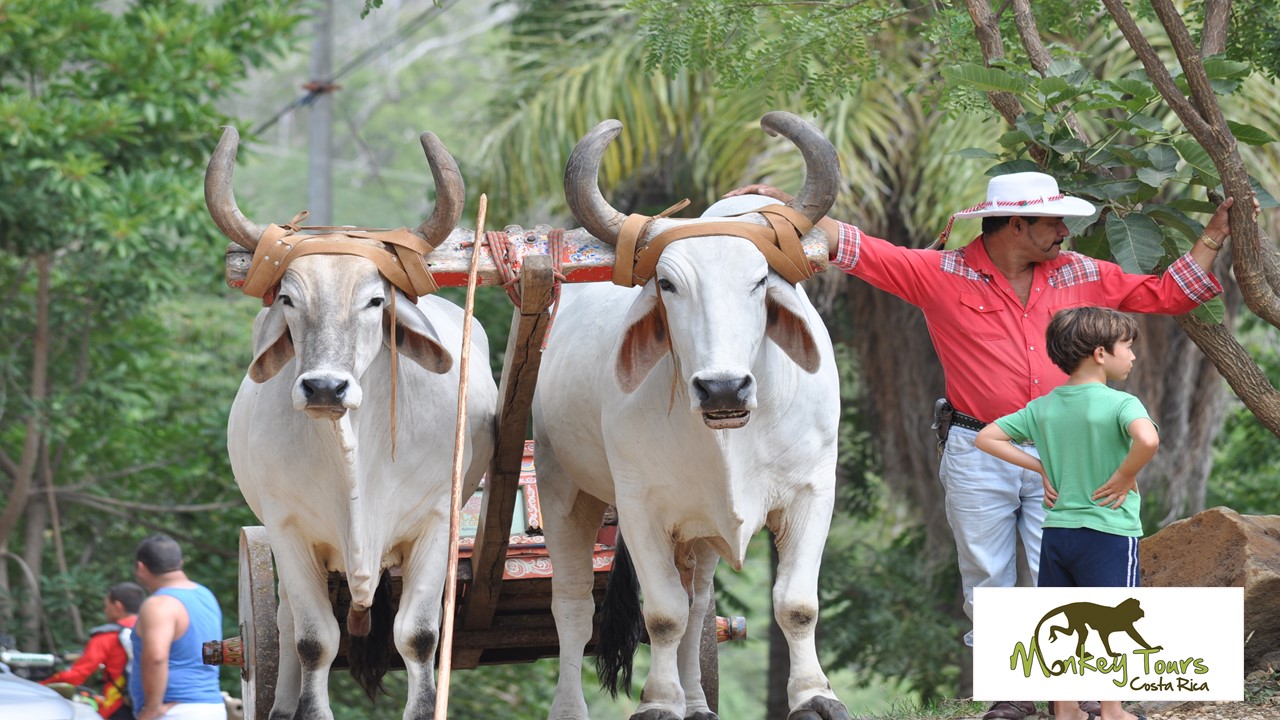 An ox herder rests on the road.