The enormous La Amistad International Park, which stretches from Panama in the south into the Province of Limon, Costa Rica, is simply stunning. 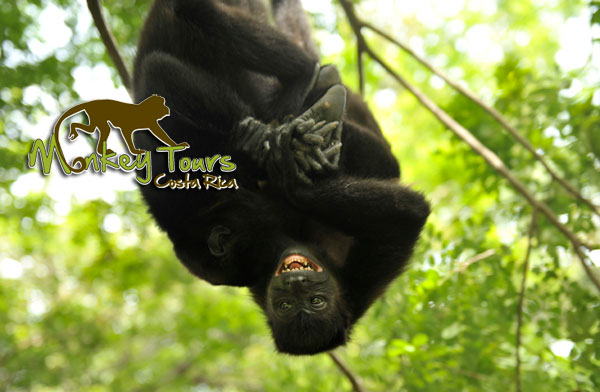 A Monkey Hangs Upside Down at La Amistad National Park

La Amistad International Park has been declared as a world heritage site by UNESCO, and since that declaration the Caribbean La Amistad and Pacific La Amistad Conservation Areas of Costa Rica have been included with neighboring Panama. The span of the entire park is 401,000 hectares (990,893 acres), and the area of the park in Costa Rica is 199,147 hectares (492,103 acres). It is, by a wide margin, the largest national park in Central America, and the largest park in Costa Rica as well.

La Amistad National Park in Costa Rica has been a part of many recent findings that were unknown to science until recently. Many plant and animal species have been discovered in La Amistad, and there are a number of organizations worldwide that are involved in doing research in the area. Among some of the wildlife that can be found in the park there is one dung beetle species, 15 amphibian and three reptile species new to science, as well as the quetzal, the crested eagle, the acorn woodpecker, the fancy trogon, the goldfinch and the mountain hen that can be placed within the class of Aves. Other fauna in the interior of La Amistad include the mountain salamander, the alligator lizard, the eyelash viper, the giant anteater, the forest deer, the mountain goat, the cacomistle, the olingo, otters and silky anteaters.

For the botanist, or those just intrigued by plants, there is the batamba, arbutuses, oak trees, sombrilla de pobre (beggar’s umbrella), the Puya dasyrilioides and far more species than any even have been categorized by visiting scientists. In fact, twelve plant species have been revealed in recent years in La Amistad. The sheer size of the park adds to the ever changing ambiance of the park’s interior. There are over 500 different kinds of trees, 130 species of orchids and many forms of lichens and fungi thriving in the huge expanse of land.

What to bring to La Amistad really depends on where you plan on going. Because the park is so immense, you may need to pack depending on the type of ecosystem that you are going into. A short list of things you might consider taking would consist of hiking boots and gear, sunscreen, a flashlight, a pocket knife, trail mix or some other form of snack and a map or guidebook. It is highly unlikely that you’ll be able to connect to the internet in certain areas of La Amistad, so you shouldn’t look to rely on GPS or google there.

There are a large number of towns and villages around the perimeter of the park. Some of the larger towns and cities include Rivas, San Isidro, Daniel Flores and Potrero Grande. These towns and cities are mostly along the #2 Highway towards the Pacific side of Costa Rica. La Amistad and its outer perimeter can be reached rather easily by vehicle, but the inner areas of the park will be difficult to encroach without some labor of love into the wild.