Typical food from Costa Rica cannot be placed in one category alone, because each of the provinces has something particular to offer foodies. 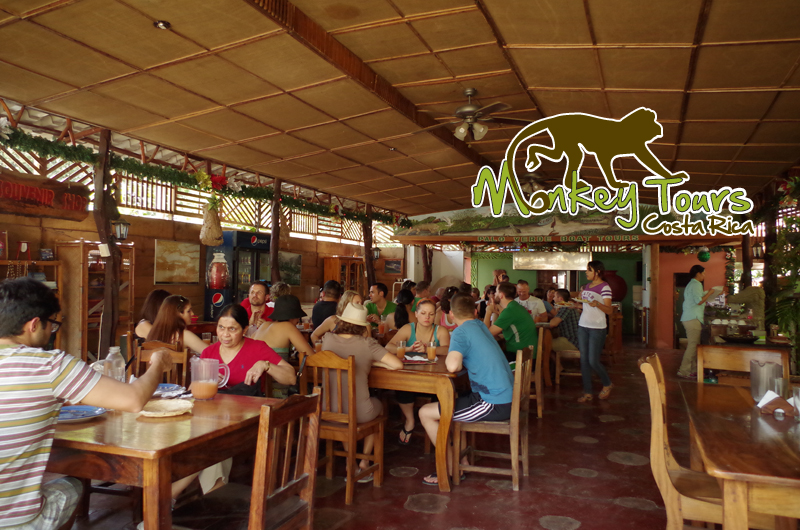 Costa Rica is known for having traditional plates containing rice and beans, they can be mixed or served separately. For breakfast they have the very well known “gallo pinto” which is a mix of rice and beans with a local sauce called “salsa inglesa Lizano”, served with plantains, cheese and sour cream. This combination might sound like a heavy meal but It really provides a great feeling for what remains of the day, ticos are used to having it daily with a cup of coffee or “agua dulce” which is sweet warm water.

For lunch the typical menu is the “casado” which means married, this is a combination of rice and beans that are not mixed but served separately, plantain, “picadillo” which is a mix of chopped vegetables, a protein which could be beef, chicken or pork and salad. It may sound very similar to breakfast, but it has a totally different taste. There is no typical dish for dinner but there are other plates that are very typical such as “olla de carne” which consists of a soup with vegetables and meat all boiled together, or the famous “sopa negra” which consists of a soup made of black beans with a boiled egg.

Famous desserts are “arroz con leche”, “tres leches” and “cajetas” which are all based out of milk but are all served in a different way and body. They are very tasteful and found almost in every restaurant. Ticos are very used to having dessert along with coffee.

We also have side dishes such as “pozol” a corn soup, “chorreadas” corn pancakes and “tortillas” madefrom corn, these are very common to have in-between foods and whenever a coffee break is scheduled. Food eaten in between meals are called “bocas” which are small dishes of any typical food, usually you can find a mini version of all meals served daily as a Boca in any restaurant or bar.

We have the seasonal dishes, in Christmas it’s a tradition for families to get together and make“tamales”. Families usually make up to 200 tamales at once and share it with their most loved ones. Tamales are wrapped in a plantain leaf, and boiled inside of it, the tamale is made out of corn flour, potatoes, pork, vegetables, and rice. When you smell tamales, it’s like smelling Christmas in Costa Rica. There is the traditional Christmas cake made with fruits that have been dried out on rum, and it’s just delicious and tasty.

On Holy Week the tradition is to make chiverre honey, which is squash honey. It takes time to create this special honey that is usually placed in empanadas or used as jelly for a toast. The squash has to be dried for a couple of weeks and then it will be cooked with sugar and butter forming a sticky paste.