Around the months of January and February, Humpback Whales can be seen along the Pacific Coast of Costa Rica, and the females have come to give birth. 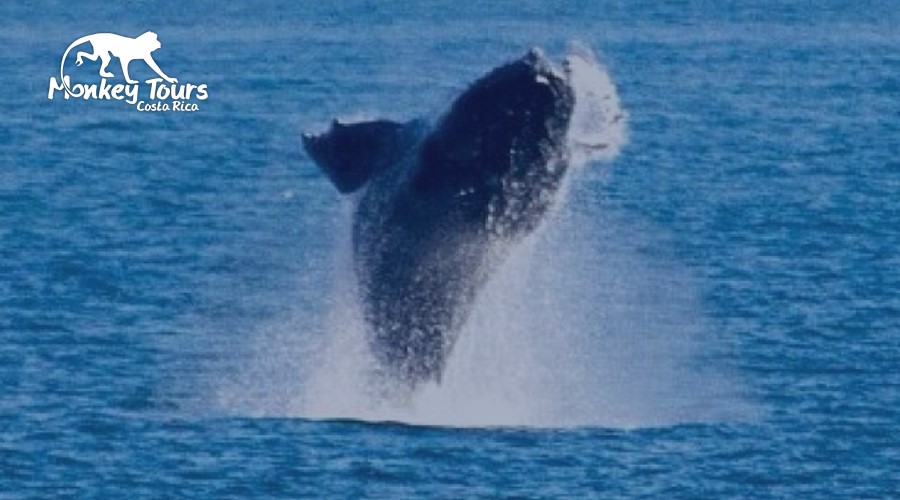 Humpback Whales feed primarily along waters in the poles during the summer months. As they make their long migrations to the equator, they begin courting and breeding in the winter months. Males make large competitive groups where they fight with each other for the right to procreate. They trail packs of females and calves in the process.

When a male and female have successfully copulated, the gestation period is around 11.5 months. Females will breed every two to three years, and they usually produce only one calf. Females will stay with and nurse the calf for a year before letting it roam some. The calf takes many more years to develop into an adult.

Humpback Whales migrate large distances within groupings known as pods. They forage for fish, krill and plankton in the cold waters along the poles during the summer months. They return to the warm waters in tropical regions to breed or give birth. They breech the water in order to breathe, and they may propel themselves a few meters into the air after a long dive. Then they splash back down into the sea on their enormous backs.

The evolution of Humpback Whales and Dolphins is interesting in that their closest known relative from the beginning of the Eocene era fifty-five million years ago was not from the sea. This animal was actually a land based mammal that began living along the shore, and over years of development it changed into what is now a number of species of dolphins and whales.

Humpback Whales shut off part of their brain to sleep, and to remember to continue breathing. They breathe voluntarily, and do not have an involuntary mode of breathing like other mammals.