Olive Ridley Sea Turtles are the most abundant sea turtles of the ocean in terms of population. They can be found along many coasts all over the planet. 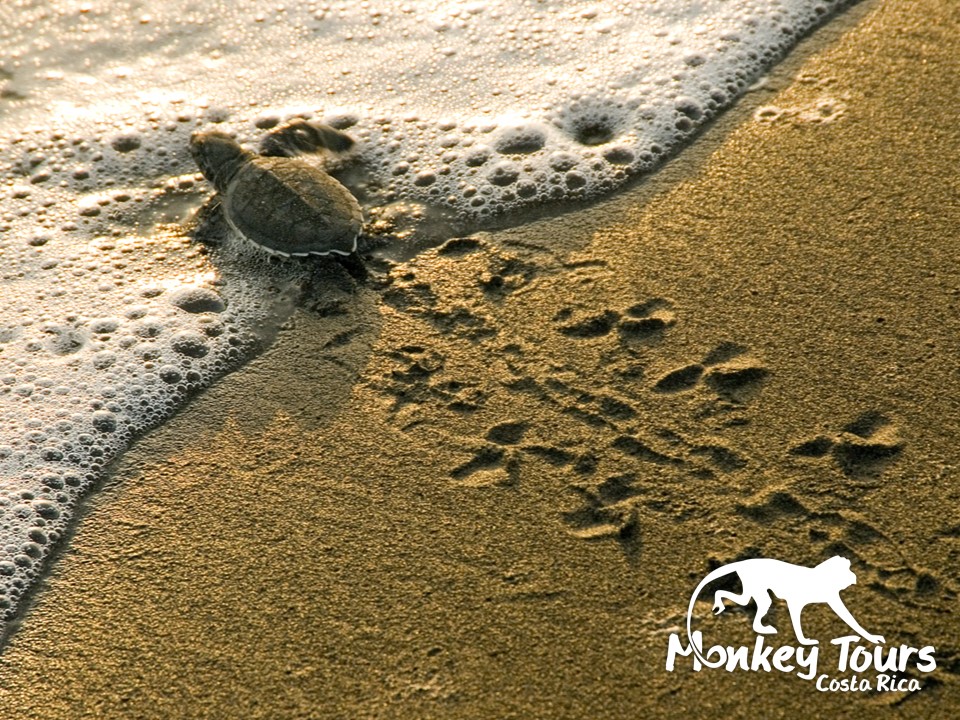 This baby is heading to sea for the first time!

One of the most prominent features of Olive Ridley Sea Turtles is their coordinated nesting in large groups. Olive Ridley arribadas (group nesting) happen about four times in the year, and hundreds of thousands of turtles emerge at one time to lay their eggs on shore.

Mating occurs both near the nesting sites and further out at sea. The migrating assemblies of Olive Ridleys move from their feeding grounds to their nesting sites, and they most likely mate along the way. Other than mating, Olive Ridley Turtles do not often congregate.

Olive Ridley Turles are primarily carnivorous, but they occasionally eat seaweed and algae. There main diet consists of lobsters, crabs, jellyfish, sipunclid worms, crabs, shrimp, snails, sea urchins, bryozoans, bivalves and tunicates. The young Olive Ridleys that try their best to make it to the sea are preyed upon by coatis, snakes, crabs and others before they get a chance to taste the salty brine. As adults they are subject to predation by sharks, killer whales and saltwater crocodiles.

Olive Ridleys are in the highest numbers of Sea Turtles on the planet, but they are often exploited by people for a number of reasons. Their eggs are taken and treated as a delicacy in most parts of the world. Their meat, carapace and hides are also taken by people for food, bait, oil and leather. People are considered the biggest threat of any predator for Olive Ridley Turtles.