A bird watchers mecca, Palo Verde National Park in Costa Rica keeps the feathered friends coming in year round to drink at the Tempisque river basin. 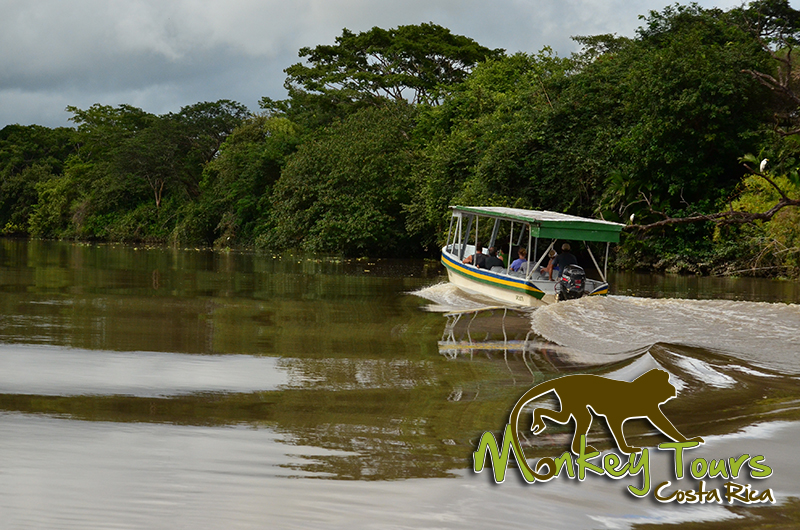 People head up the river to see monkeys, birds & more

A Wetland for the Birds

Palo Verde really is for the birds. More than 60 species have been visiting the park’s wetlands, Lagunas and swamps since before the park was declared a wildlife refuge to stop encroaching developments in the 1970s. Palo Verde National Park has insured the legacy of birds, and especially aquatic birds, for years to come in the 45,492 acres park found just past the mouth of the Tempisque River in the northwest province of Guanacaste.

What kind of birds?

Of the two hundred and eighty migratory bird species in Palo Verde there is the scarlet macaw, the great curassow, the long-tailed manakin, the jabiru, hawks, ducks, the piche, the blue-winged teal, the royal duck and the black-crowned night heron. Birds aren’t the only creatures living in Palo Verde, and some of the mammals in the park include deer, peccaries, ocelots, coyotes, pumas, tayras, Central American agoutis, pacas, howler and white-faced monkeys, coatis, red squirrels and porcupines.

The animals of the park have plenty to forage and thrive off of with a strong botanical environment in Palo Verde National Park. Some of the plant species in Palo Verde consist of the Palo Verde, which is a tree species that the park is named for, the pochote, the bitter cedar, the holywood lignum vitae, the cocobolo, the laurel tree, the tempisque, the white Guanacaste, the rain tree and the Guanacaste tree. The forest of Palo Verde is primarily a low-land tropical rainforest due to its proximity to the ocean, and the flora is indicative of the tropical ecosystem.

Palo Verde National Park is reachable from the nearby cities of Santa Cruz, Filadelfia de Guanacaste, Nicoya, Mansion, Canas, Juntas and Porozal, and you should be able to find plenty of accommodations in the area, as well. If planning a trip during the rainy season from May to December, it is advised that you rent or hire a four wheel drive vehicle. Items that you might consider for your trip would include binoculars, a camera, sunscreen, bug repellant, a backpack and water bottle. The park is also near the Pacific Coastline and any number of water based items would be recommended to bring as well (i.e. swim suit, boogie board, neoprene boots, etc.)

Description: Our team at Costa Rica Monkey Tours has provided you with an adventure tour that includes a visit to Palo Verde National Park!

What you can expect to see

It is home to the Valley of the Tempisque River and spans over 45 thousand acres in the Guanacaste province, roughly 45 kilometers away from Cañas. Primarily covered in tropical dry forests, there are many spectacular views for you to witness while taking one of our Costa Rican Guided Tours. The park’s primary focus is conservation of many natural elements, including the vital floodplains, limestone ridges, marshes, and seasonal pools, which is very important as much of this natural habitat was being destroyed before the park came along. Though it is a purely natural location, there is a station provided by the park from 8 in the morning until dusk, which contains drinkable water and public restrooms.

Another very cool and interesting fact is that there is also a biological station set up on the site and built by the Organization of Tropical Studies. One of the biggest attractions offered on your Palo Verde National Park adventure, is the wide variety of Birds living all around the area. If you are a bird lover, you absolutely cannot miss this!

Several birds that can be commonly seen on a regular basis include the Scarlet Maccaws, the Great Currasows, Roseate Spoonbills, Jabirus, Wood Storks, and Anhingas are just a few of the breeds commonly seen on the grounds. The boat safari you will be on gives you also the possibility to view crocodiles, white-face monkeys, howler monkeys and green iguanas.

Visit in the Dry Season

The best time to visit this park when looking for exotic birds is during the dry season. When water is limited in other parts of the country, so many of the different varieties of birds come to the park and it’s river basin to survive. Travel agents can take advantage of special deals for their clients at this time of the year by working with Monkey Tours. Pajaros Island is one of the most prominent areas to observe the diverse bird life, and it is found right in the interior of the Tempisque River. A Fun fact; this island is in fact the LARGEST breeding ground for Black Crowned Night Herons in all of Costa Rica.

This park serves several major roles, one of which is that it actually protects one of the most endangered Ecosystems in all of Costa Rica. In fact, it is unique in that it is one of the few tropical dry rainforests left over, once spanning across the majority of Central America. This is what makes this park so important to the eco system, as now less than one percent of Tropical Rainforests exist, and it is actually known to be the most threatened eco system in the tropics. Plan your trip to see this important eco system with a custom itinerary.

Adventure lovers are strongly recommended to come and experience this rare beautiful sight, where you will not only discover birds of all different colors , but you will actually be one of the few to see what may or may not be history one day. If you are looking to add a bit of culture to your adventurous mind, be sure to call today to get this extreme wildlife sighting! Adventure activities at Palo Verde are as follows:

Q. Is There a Fee to enter Palo Verde National Park?

A. Yes, adults are $10, and children will cost $1 each. All entrance fees are included in your all inclusive tour when you travel with Costa Rica Monkey Tours. We currently visit Palo Verde on the Essential Costa Rica Tour.

Q. When is the best time of year to travel to Palo Verde?

A. Migrating birds make their way to the park from the fall to the winter, but you can see plenty of wildlife here year round.

Q. Can you tour the park on foot?

A. You can get many areas of the park on foot, but some of the best views are found on a boat tour going down the Tempisque River.