The third largest of the big cats, Jaguars are apex predators in Costa Rica, but they are experiencing displacement and habit destruction in Central and South America. 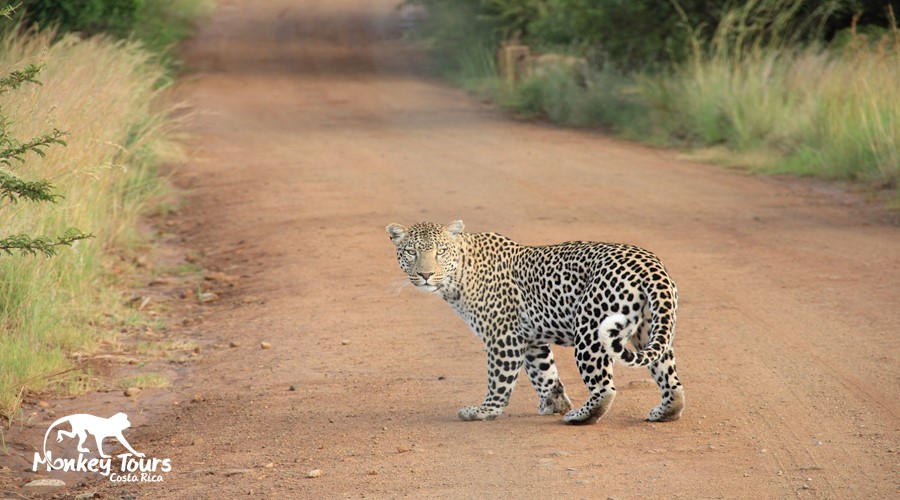 Jaguars are seldom seen away from their tree top hunting grounds, and even less now that their homes are threatened by deforestation.

Other than a population in Arizona, Jaguars have been the subject of local extinction in the United States. They are facing somewhat of a similar plight in Central and South America as ranchers, farmers and loggers encroach on their territory. In Costa Rica, they can be found in Corcovado National Park, Monteverde Cloud Forest Reserve, La Selva Biological Station, La Amistad International Park and more.

Jaguars mate throughout the year, but births rise when there is a larger food source to accommodate the children. Females do all the work in terms of parenting, but they do so out of intolerance of the presence of male jaguars during child rearinf. If a male presents himself, he risks the female committing infanticide.

The males reach sexual maturity after three or four years, but females reach it after only one year. The females undergo a 37 day cycle with 6-17 days in estrus (in heat). When a female is in heat, she will scrape trees, urinate and rub herself on the ground or against trees to show that she is fertile.

Cubs are born blind. They wean at three months, and then stay in their den for another three. After they are considered old enough, they begin to go on hunts with their mother. They continue in the presence of their mother for another one to two years before seeking to create their own range.

Jaguars are solitary peak hours hunters. They hunt at either dusk or dawn when the light is at a crucial point for them to be able to stalk. Their preferred method of hunting is stalk and ambush, whereas many other big cats will hunt by chasing their prey. The carnivorous jaguar may pounce on prey from a tree, or wait in the forests understory to spring on a target.

Jaguars will eat many different kinds of animals including caimans, deer, capybaras, anacondas (sometimes), peccaries, dogs or zorros. They don’t always win the fight with anacondas. Jaguars will also take smaller prey if they can. Some smaller prey consists of frogs, mice, birds, turtles, lizards, armadillos, pacas, sloths and monkeys.

Jaguars have been bred with lions, tigers (possibly) and leopards. The hybrids all have specialized names such as jagupard, jagulep, jagleop, jaglion, jaguon, tiguar or a jagger that are mostly a combination of the two animals names. Taxonomy is not often applied to hybrids of this sort, because they aren’t natural occurences.